GitLab - the long way to success
What is GitLab?

GitLab is a single application with all the functionality of a DevSecOps Platform, allowing organizations to deliver software faster, while strengthening security and compliance, thereby maximizing the return on software development. With GitLab, every team in your organization can collaboratively plan, build, secure, and deploy software to drive business outcomes faster with complete transparency, consistency and traceability.

GitLab helps teams reduce product lifecycles and increase productivity, which in turn creates value for customers. The application doesn't require users to manage authorizations for each tool. If permissions are set once, then everyone in the organization has access to every component.
Who is Dmytro Zaporoshets?

Dmytro Zaporozhets has been interested in software engineering since he was a student of Kharkiv National Automobile and Highway University, majoring in computer-aided diagnosis of motor transport. Entering this higher institution, Dmytro expected that once he would work for the design bureau. However, being a third-year student, he realized that they didn't design Mercedes in Ukraine, as well as that his career prospects are limited to car service. He enjoyed understanding the motor vehicle construction and layout, but not the prospects of a lifelong career at an auto services company.

At the same time Dmytro was fascinated by computers and spent most of his spare time on games. He even thought about the career of a game developer. He learnt С, wrote a copy of two levels of Mario for Windows and began studying software engineering at STEP Computer Academy. Although Dmytro has not graduated from the Academy, he became interested in web programming, learnt PHP and HTML, and further – Ruby. In 2011 Dmytro was already employed by Sphere Software and often applied to GitHub in his work.
GitLab - how it has started

At that moment, not all customers wanted to host their products in the cloud, so the company used self-hosted solutions. But the company had to deal with ten-year-old self-hosted tools (for example, GitWeb), begging to allocate a repository on GitHub within the organization. I had the same problem when working on my projects.

Dmytro said that there was nothing to replace but GitHub FireWall Edition, but its cost was from $5,000 per year for 20 users. Thanks to this, the idea arose to create an analogue of GitHub that could be installed on your server - something simple, with basic functions: code review, issue tracker, submission of projects, adding users with keys to projects. The native of Zaporozhec and his colleague Valery Syzov started working on the project on weekends and evenings, the first version of GitLab appeared already in October 2011.
Founders of GitLab
At the beginning the team did not conceal that they were making something similar to GitHub. However, they selected such a name by pure accident: Dmytro and Valery were looking for cheap domains with a short name including git-part. They considered such options as GitHost, GitCode and similar names and found the domain GitLabhq.com for sale, which costed $12 (at that time the projects in the area of hq, for instance, Basecamphq.com, were popular), and the issue with the domain was solved.

Since 2011, a community has begun to form around GitLab, and businesses are appearing among users. The company in which Zaporozhets worked as a developer at the time also switched to his service. In 2013, a new founder and investor joined GitLab - Dutch entrepreneur Sid Sibrandij, who was interested in turning Dmytro's idea into a SaaS platform.

GitLab was developed as an open source project. Their community included a designer, who drew options for the logo. The founders chose a picture with tanuki (a creature from Japanese mythology – werewolf-beast, similar to fox or raccoon, symbolizing well-being). However, in 2015 they decided to change the logo, because the users sent negative feedback stating the icon had an unkind look.

"People complained: I work with GitLab 8 hours a day, and this fox on the logo angrily stares at me." Dmytro Zaporozhets laughs. This time they have found a designer, who specialized in "fox" logos and GitLab's logo became neutrally abstract.

Old GitLab logo
In 2014, GitLab was registered as a company, and by 2015 the project had grown to 10 people, and by the fall of the same year, after the first seed round, to 50. Interestingly, unlike many projects with Ukrainian co-founders, GitLab does not have a development or R&D office in Ukraine. IT specialists are recruited all over the world.

Sid Sijbrandij (his name is Sitse, but when he moved to the USA, he decided that it would be easier for investors to communicate with Sid), Dutch entrepreneur, was one of the project contributors. In summer of 2012 Dmytro Zaporozhets got a letter, where Sid expressed gratitude for the review and informed that he was going to build SaaS-business based on the service on GitLab.com domain. GitLab operated according to an open source license (the MIT license) and it was not contrary to its founders' interests.

By the end of the year Dmytro Zaporozhets tried to monetize GitLab using donations, but it did not work properly: in the best month the project gathered $100. They also tried to provide support on a paid basis. Although, to earn this way it would complicate the process of installation and updates. By the end of 2012 he still worked full-time, treating GitLab as a hobby. At this moment he realized that he needed to choose: job or his project. 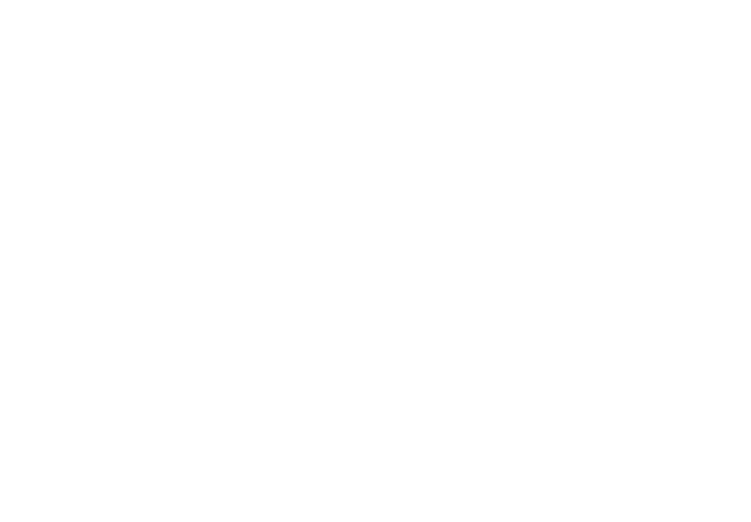 Dmytro Zaporozhets and Sid Sijbrandij
GitLab began with a self-hosted market. The team saw that many companies started using an open source version of GitLab, installing it on their servers. Therefore, GitLab decided that they can sell consulting services, provide assistance in the area of adjustment and customization. The companies-clients often requested to add a couple of functions. This gave birth to the idea of corporate edition "open source version plus a few popular tricks" (something like LDAP authorization protocol). Thus, in summer of 2013 they announced GitLab Enterprise Edition. Since the launch of the corporate version the team has realized that it is highly-demanded and this product (and not the consulting and support) became the core business of the company. At the same time, GitLab lost their first client. The reason lies in marketing.

That client was the company, which used GitLab's service, but further their TOP management decided to transfer the entire company to a single software. As far as no one knew about GitLab at that moment, the decision was made for the benefit of another service, which was more widely known. According to Dmytro, GitLab always grew in the companies "from the bottom": a developer installed it on the company's server, attracted other developers of the department and, in such a manner, a number of users within a company organically increased from the bottom to top. When this number became noticeable, someone from the engineering department or bookkeeping contacted GitLab and they bought the Enterprise-version, but not this time.

Dmytro states, "It had a strong influence on us. We understood: no matter how good GitLab was, it's all in vain if nobody knows about our existence. If in future the companies move to single platforms for code hosting and review, we will continue losing clients and will not be able to grow."

If there is any place where they could manage to teach the team to grow rapidly and capture the market, it is Silicon Valley.

rapidly and capture the market, it is Silicon Valley.

In 2014, Sid and Dmitry applied for a well-known accelerator program in California - Y Combinator. They lived for a while in the US while it lasted. It was the American accelerator that helped the team attract the first investments.

After participating in Y Combinator, the startup raises investments every fall around the same time. This has been happening for five years now.

In September 2019, GitLab raised $268 million in a Series E round. The company was valued at $2.7 billion. Investors are Goldman Sachs, Iconiq Capital, Y Combinator venture fund

In September 2018, GitLab raised $100 million and the startup became a unicorn. It was valued at $1.1 billion

In October 2017, GitLab raised $20M in a Series C round. GV (Google VENTURES) was the lead investor.

In September 2016, the startup received a $20 million Series B investment from August Capital, Khosla Ventures and Y Combinator.

In September 2015, Khosla Ventures funded a round A investment of about $4 million.

In July 2015, the project attracted $1.5 million in seed investment. The round was attended by 500 Startups, Crunchfund, Ashton Kutcher's Sound Ventures, Liquid 2 Ventures and Khosla Ventures.
Infosoft is a team of IT and QA engineers. We provide companies with technical talents and product development experience to create world-class software. You can scale up and down your remote software developing team at any time without any financial risk.
Our other articles:
Saturday, September 17
Ajax Systems - path of ukrainian hardware startup
Saturday, July 30
IT Sales Manager - who it is and what he does
Saturday, June 25
Changes of Ukrainian IT job market in 2022
Contact Us
Feel free to write and call us. We really love to communicate with our clients.
+380(63)233-32-78
ip@infosoft.ua